Jammu and Kashmir: Why Mehbooba Mufti is pulling out all stops against BJP-led Centre | India News - Times of India - Assournews
Thursday, November 26, 2020

NEW DELHI: Much before the amendment to Article 370 in Jammu and Kashmir, PDP chief Mehbooba Mufti had started building up a front against the BJP-led Centre, warning it of the consequences if they fiddled with the special status of the erstwhile state.
Daughter of Peoples Democratic Party (PDP) founder Mufti Mohammed Sayeed, Mehbooba Mufti (60) became J&K’s first woman chief minister in 2016 after her father, who was CM at that time, died after a brief illness.
From taking her father’s alliance with the BJP in 2015 further to its break-up in 2018, we take a look at what went wrong that Mehbooba Mufti has been merciless in her attack on the BJP.
Failed BJP-PDP alliance
In March 2015, the BJP-PDP came together to take the reins of Jammu and Kashmir with Mufti Mohammad Sayeed as the chief minister. It was the first time an alliance was formed between the PDP and the BJP. Mufti Sayeed had called the PDP-BJP coalition an alliance of north pole and south pole that don’t meet in normal circumstances.
But with the death of the PDP founder in July 2016, the coalition future was in disarray given Mehbooba Mufti’s reluctance.

After deliberations over months, Mehbooba Mufti finally took forward her father’s decision of allying with the BJP in J&K, surprising and upsetting many at the same time in the erstwhile state, especially in the Valley. But differences on a host of issues had started cropping in.
However, in June 2018, the BJP pulled out of the alliance, leaving the PDP embarrassed and shocked, eventually leading to the fall of the coalition government. Since then both the parties have been at each other’s throats.
From Article 370 to AFSPA, Kathua minor rape to ceasefire issue with Pakistan, the two parties have hardly seen eye to eye lately.
Cobbling up Third Front
To nudge the BJP that was trying to cobble up an alliance with Sajad Lone’s People’s Conference in J&K and few disgruntled PDP leaders, the PDP, NC and Congress threw up a surprise in November 2018 by announcing the formation of a coalition to form government in the erstwhile state.
The PDP had 28 MLAs, followed by NC with 15 and Congress with 12 which would have taken the alliance well above the majority mark of 44.
However, that attempt was throttled by many hiccups, the most important being the role of the then J&K Governor Satya Pal Malik.
What followed was the dissolution of the J&K legislative assembly by Malik, just after the PDP, NC and Congress had announced that they would stake claims to form a government.
Malik’s move put an end to any such possibility, leading to further bitter relations between the J&K parties and the BJP. Also, the PDP holds the BJP responsible for many of its senior leaders breaking ties with the party.
Talking about PDP’s rift with the BJP, a party leader said that the saffron party “betrayed” them even though there was a set agenda for six plans in which PM Modi was directly involved. “Not only did they leave the state in a limbo, the BJP also tried to break up regional parties here,” the leader said who did not want to be named.
Amendment to Article 370
Even before Article 370 was amended, Mehbooba Mufti had warned the Centre against the proposal, saying it would be akin to playing with fire and would end J&K’s relation with India.
Sensing that the BJP government was up to something, the NC, PDP, PC and the Congress held an all-party meet on August 4, 2019, at Farooq Abdullah’s residence pledging to defend the special status of Jammu and Kashmir. But the BJP government went ahead and removed the special status of Jammu & Kashmir on August 5, 2019 and bifurcated the state into two Union territories of J&K, and Ladakh.
Most of the mainstream politicians, including Mehbooba Mufti, Farooq Abdullah, Omar Abdullah, Sajad Lone and others were booked under the PSA and detained.
While all the politicians were released one after another by the government in a few months, Mehbooba Mufti was the last one. The PDP chief was released on October 13, over a year after she was arrested.
That, of course, did not help the two parties come together.
Making of People’s Alliance
Days after the release of Mehbooba Mufti, mainstream political parties in Jammu and Kashmir held a meeting on October 15 and formed an alliance – ‘Peoples’ Alliance for Gupkar Declaration’ – for restoration of the special status of the erstwhile state as it existed before August 5 last year.
On October 23, in her first media interaction after her release from 14-month detention, the PDP chief seemed to harden her stand while saying she was not interested in contesting elections or holding the national tricolour till the constitutional changes enforced on August 5 last year were rolled back.

In an act seen as defiance, the flag of the erstwhile state of J&K was prominently placed on a table in front of the PDP president along with the flag of the PDP during the presser. “This is my flag,” Mehbooba said, pointing to the flag of the erstwhile state, when a reporter asked her about her statement that if Article 370 was amended, there will be no one left to hold India’s flag. She added that Jammu and Kashmir’s relation with India was because of the erstwhile state’s special constitutional position which included a separate flag.
Her comments were condemned strongly by the BJP who said certain Kashmir-centric politicians practice “politics of opportunism” as when they are in power they swear by India and once out of power, they question the sovereignty of the country.
What exactly is at stake for Mehbooba and the PDP?
The most crucial thing right now for the PDP is to survive, at any cost. From allying with the BJP to the death of its patron Mufti Sayeed, from Mehbooba Mufti’s “toffee” comment for the killed children in Kashmir to her partymen leaving her at the most vulnerable times, nothing has been going the PDP’s way since 2016. The last nail in the coffin being removal of the special status of J&K by the same BJP that the PDP allied with.
So Mehbooba Mufti per se does not have many options but to go on an all-out attack at the Centre, trying to appeal to her voter base in Kashmir which is her last chance to survive, given the competition from the regional parties as well as the BJP.
Allying with the BJP never went down well with the Kashmiris, particularly Muslims, who think PDP is the reason BJP came into Kashmir and then got bold enough to amend Article 370. So PDP is also blamed for bifurcation of the state by Kashmiris.
During Mufti’s rule, more than 100 people sustained eye injuries from pellets due to unrest in the Valley. Among the injured were 18-month old Hiba Nissar from Shopian whose eye was ruptured by a pellet fired by security forces. Hiba is the youngest victim of the pellet guns used in Kashmir. Human rights organisations have called for complete ban on their usage but even then the J&K government under Mehbooba’s rule in September 2016 told a court that firing pellets on protesters was not unconstitutional and the court should leave it to the state “as to what method is required” to maintain law and order. This, of course, enraged Kashmiris and would prefer the NC or Congress now over the PDP.
Many senior party members have left the party after the BJP pulled out of the alliance. While few, including Shia leader Imran Ansari joined Sajad Lone’s party, former education minister Altaf Bukhari founded his own party, which many believe was at the behest of the BJP. Another senior leader Haseeb Drabu, former finance minister, was sacked over his comments on Kashmir while few others were suspended for anti-party activities.
Given the fact that it was the Central government in 1997-98 under Vajpayee that encouraged Mufti Sayeed to cobble up an alternative mainstream party in J&K that would encompass sections between the NC and the separatist camp. Though Mufti Sayeed was the leader at that time, it was Mehbooba Mufti’s tireless efforts that made the PDP emerge victorious in the 2003 elections against the NC. From visiting the families of militants to addressing the public anger against the NC, Mehbooba Mufti did the groundwork for the PDP.
Mehbooba Mufti, who is known for her aggressive opposition and not for holding back what she feels, seems to have focussed all her criticism towards the BJP-led Centre – the party she feels betrayed her father and his agenda in J&K.
Mehbooba Mufti, as a politician, understands that as long as the BJP is at the Centre there is hardly any other way but to be aggressive, otherwise her party would be crushed.
Talking about the PDP strategy for its future, its youth leader Waheed-ur-Rehman Parra said that right now the fight is for “identity” and the “future” of Kashmir, which is not an electoral fight. “Individuals do not matter right now, we are willing to sacrifice everything for our identity as Kashmiris. The natives here may be rendered homeless, jobless or even landless in the near future. Fears of yesterday are the reality now. So the battle is much bigger than electoral politics,” he added.
Instead of cosying up to the BJP, Mehbooba Mufti has chosen to be the north pole again and not be the “team B” of the saffron party, according to party sources.
A lost voter confidence (having lost the Lok Sabha election) to leaders deserting the party to the question of its survival, the PDP has nothing much to lose given the current scenario. So why not give it all seems to be the mantra of the PDP chief as of now. 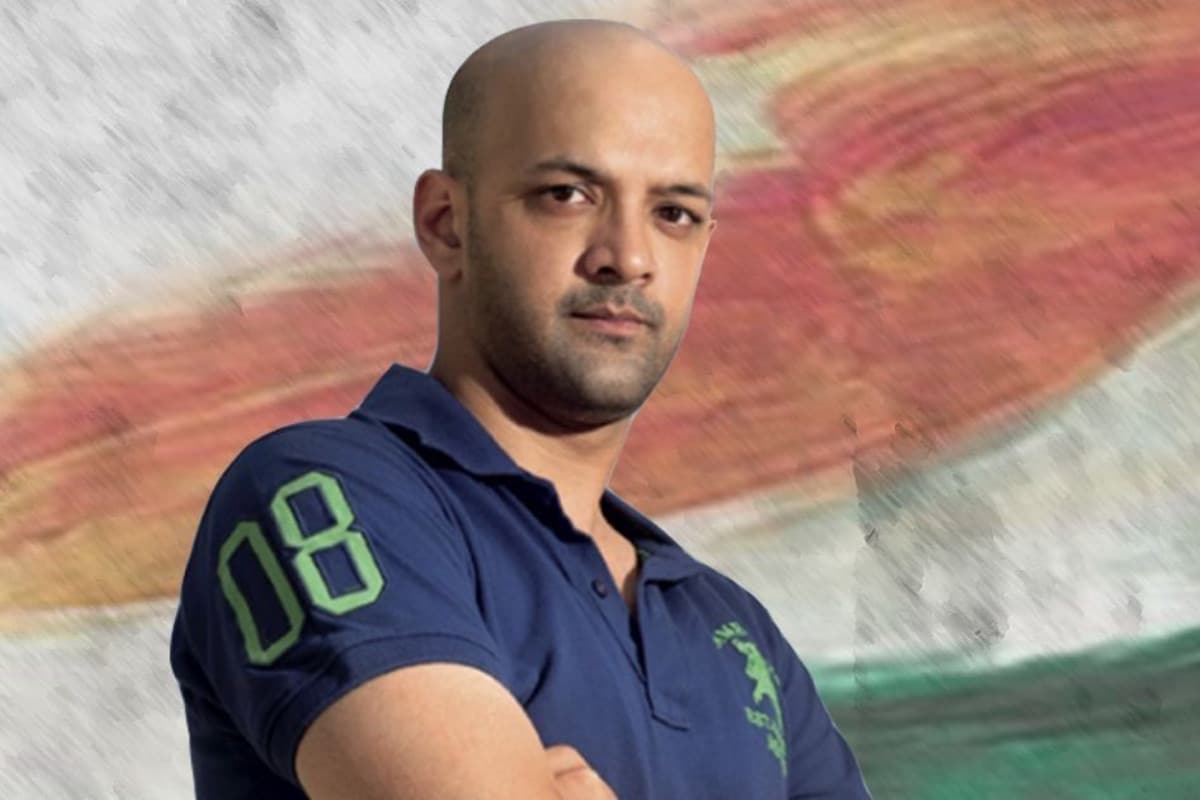